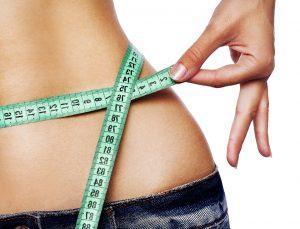 Infrasonic Liposuction, formerly known as “tickle liposuction” is a form of liposuction that is performed in the office under local anesthesia. The is a type of “wet liposuction” because the area to undergo liposuction is infiltrated with a mixture of saline and numbing medicine (lidocaine with epinephrine) called tumescent fluid. After the entire area is numb and filled with tumescent fluid, the liposuction begins. The canula used is attached to a handle that vibrates as it is working. This helps detach the adipose (fat) cells as they are being suctioned. It also makes the procedure more pleasant. It often tickles which is how it gets its name.

This is a much safer form of liposuction than traditional dry liposuction performed under general anesthesia. This is for several reasons. General anesthesia carries a much higher risk than local anesthesia. Up to 1000 cc of fat is aspirated per procedure in Dr. Viglione’s office. There is minimal blood loss due to the tumescent fluid which contains small amounts of epinephrine which constrict blood vessels.

Fat transfer is the process of collecting fat via liposuction either manually or with a special cannula in the tickle liposuction process and then transplanting it into another area in your body. This is especially useful to augment breasts naturally, transfer fat to the buttocks, face, and hands. With today’s technology and knowledge about stem cells, the success rate is much better than it was forty-five years ago. Results vary depending on the type and number of stem cells in the transplant. Most people can expect at least a 30% improvement.

Connect with us on social media!

Office Hours
Get in touch